by Men With Day Jobs 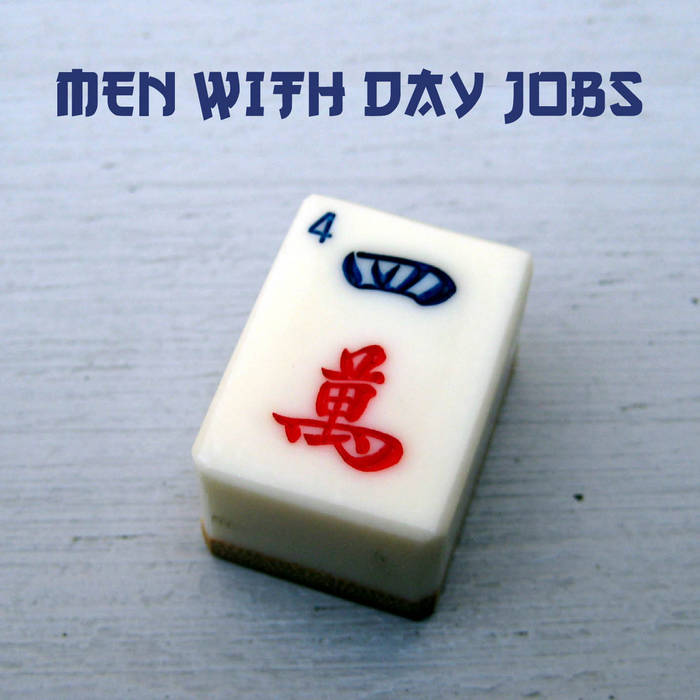 These songs were written from 2005 to 2010, first planned as a short suite of 3 or 4 Mah Jongg-inspired songs for our previous CD Dreams & Tinsel. But the idea soon outgrew that, and we held the songs and started writing more for a whole CD.

We’ve played Mah Jongg since we were kids and loved its colourful words and phrases. It was a great starting point for musings not so much about the game as what it symbolises: the game of life. The songs are our usual eclectic mix of disparate influences – from pop to rock, folk, blues, funk, country, bluegrass, soul, jazz, 1930s swing, Buddhist chanting and surf music! We’re incurable dabblers and hey, why fight it?

Rod, Stafford and Paul recorded the first demos at Paul’s basement in Sydney. When he moved to Tassie in 2008 we pondered how to complete the album and came up with the idea of converging midway – at the Melbourne studio of Ken, our old friend and ex-bandmate from 30 years ago. He keenly (some would say foolishly) sprang in with multi-instrumental gusto, playing a huge role in the songs’ further development, recording and production. We were also graced by the golden voices of Jo and “HJ” Stephenson and Julianne Jessop.

We hope you enjoy listening to the result as much as we enjoyed making it. Thanks to Ken for being excellent, Jo, HJ & Julianne for singing like angels, Charlie for her pics and positive input, and all our friends and families. Bless the lot of ‘em for tolerating and even sporadically encouraging our obsessive desire to make this music… while keeping the Day Jobs.

Bandcamp Daily  your guide to the world of Bandcamp